Everything You Need to Know About Ashtanga Yoga: Primary, Intermediate and Advanced Level Series

It is said that if you have given up hope and accede to defeat in your mind you are set to lose, but if you have a winning spirit and see yourself as victor you will certainly win. Mind is the most powerful tool provided it is focussed. A wandering mind takes a person nowhere and in the end, he feels dissatisfied. Because of lack of concentration, he is unable to understand himself and hence remains unaware of the purpose of his life.

Yoga helps one understand his body and mind. With regular practice, he develops strong concentration, becomes wise and intelligent, and is the master of his mind. Unlike the popular perception that yoga is all about postures and breathing exercises, yoga’s ultimate purpose is to train the mind and attain the state of liberation or moksha.
Yoga is one of the six classical Indian philosophies that leads one to self-discovery.

As per yoga philosophy, the ultimate objective of life is attaining the state of liberation — samadhi or when individual consciousness meets the Ultimate consciousness. The state is also referred to as jivatman merging with parmataman. This is the state when a human being is in the state of complete bliss and has realization of the truth. Passing through various stages of awareness, he eventually knows who he is.

Now, the question is how can one start his yogic journey and attain the state of liberation. Although yoga is mentioned in various ancient scriptures and the philosophy was passed on orally in Guru-shishya tradition, the Great sage Maharshi codified it in his Yoga Sutra. He provided “Ashtanga yoga” or eight limbs of yoga to attain enlightenment. The Yoga Sutra has 196 sutras (aphorisms) in four chapters.

Good physical and mental health is by-products of living yogic life with Liberation being the end goal. Most seekers get stuck with making the body healthier or focussing on breathing exercises and hence fail to progress on the path of Yoga. The Yoga Sutra in fact talks very little about asanas (postures) and has most of its focus on the mind.
Maharshi Patanjali has described the purpose of yoga as “Yogas chitta vritti nirodhah” which means “Yoga is calming the fluctuations of the mind.”

The Ashtanga yoga lays down the step-by-step method to reaching that state of mind.

The so-called eight limbs of Ashtanga Yoga are:

Presently, the focus is more on asanas. With time, there have been modifications and yogis have incorporated certain changes to make it more appealing. Yoga experts have also taken different strands of Ashtanga and developed them as a new system or cult. While many more methods of mastering the body through asanas are popular these days, the fundamentals of the yoga philosophy remain the same.

Since body strength and flexibility vary from person to person, a graded approach is taken to learning asanas. Maharshi Patanjali’s Yoga Sutra has defined asana as “Sthira Sukham Asanam.” This means asana is being steady and comfortable. One should not feel any pressure while sitting in the posture for meditation.

In Ashtanga Yoga, asanas have been grouped into six series. The first is the Primary series also called Yoga Chikitsa. It detoxifies the body. The second is the Intermediate Series (Nadi Shodhana). Its practice clears the energy channels and purifies the nervous system. The Advanced Series A, B, C, and D (Sthira Bhaga) brings a very high level of flexibility. The third series builds on the primary and Intermediate results in a deeper awareness of the body.

All the six Ashtanga series begin with Surya Namaskar A and B. This is followed by a standing sequence. The practice ends with the closing sequence. Each series has to be fully mastered before proceeding with the higher level.

It Also referred to as Yoga Chikitsa, the Primary Series is the first step for beginners. It is a sequence of postures with vinyasa (movement linked with breath) flow. The primary series provides the foundation or launching pad for the five other series and is part of the daily practice.

The practice in the Primary series starts with forward bends before moving on to twists, hip openers and backbends. The postures together with vinyasa strengthen the body and bring flexibility.

Each posture is combined with breathing to ensure blood circulates properly. The practice detoxifies the body and makes it strong and light. The Primary series begins with Surya Namaskar with a vinyasa between each posture. Vinyasa refers to linking one posture with the other using breath.

Regular practice of Primary series brings body-mind awareness. As the seeker progresses on the yogic path winning over mental obstacles he gains confidence and has improved will power. As the prana channels are cleared, the energy level rises. 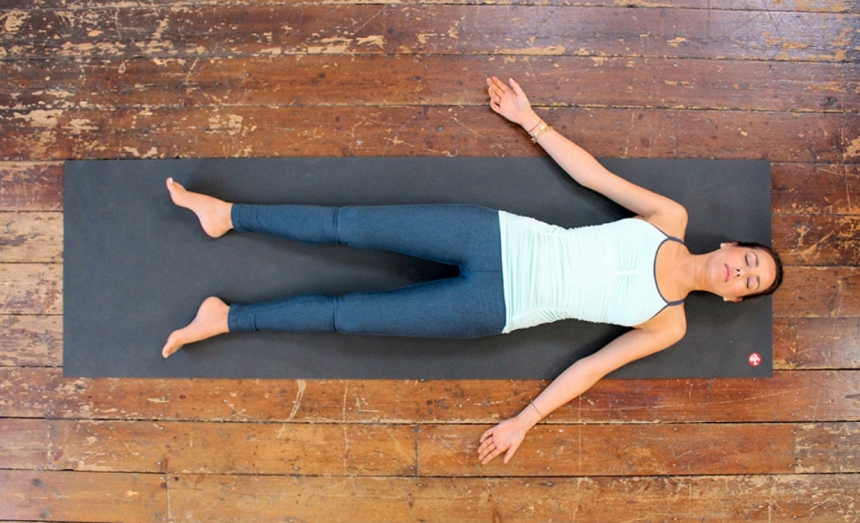 Do Self-Realization With 200 hour Yoga Teacher Training In Rishikesh The backbend asanas in this series open the energy channels and allow prana or life energy to flow freely in the Nadi channels. While some asanas from the Primary series are repeated, the focus in the Intermediate series is on more intense backbends, hip opening, and headstand variations.

The Intermediate series begins with Pashasana or the noose pose. It then flows into Krounchasana or heron pose followed by a series of backbends. The backbends are followed by counterbalance poses. Then comes the deep forward bends which increase blood flow to the spine, lungs and heart. The headstand variations in the Intermediate series detoxifies the internal organs and deepens the body-mind connection. The sequence ends with paschimottanasana.

Advanced Series A: It is a sequence of postures that puts the additional focus on energy flow, strength, and flexibility. It works with gravity and enhances concentration. The series includes intense backbends which further open the energy channels. As arm-balancing poses are the key features of this series, the practitioner builds a lot of stability through intense practice.

Advanced Series B: In the fourth of Advanced series B of Ashtanga, the sequence of postures is aimed at taking the strength of the body and the power of the mind to the next level. It comprises relatively difficult poses and continues to focus on energy flow and inner strength.

The Advance series B has a mix of backbends and meditative poses. The asanas in this series include Mulabandhasana, Buddhasana, Kapilasana, variations of Padangustha dhanurasana and Marichyasana.

Advanced Series C: The focus in the fifth series of Ashtanga yoga are the many handstands, vinyasas and other inversions. Some of the postures practiced in this advanced series include taraksvasana A and B, eka hasta vrksasana, vrksasana, viparita chakrasana, uttana salabhasana A and B and tiriang mukha utthita trikonasana.

Advance Series D: The sixth series of the Ashtanga Yoga is the final one and most advanced sequence of postures. There are very few experts who claim to have mastered this series.

While the intensity of posture rises as the seeker moves from primary level to advanced level, the key elements of breath, drishti (gaze), vinyasa and bandhas remain central to the practice. Yama and Niyamas have to be religiously followed as without them yoga is mere physical exercise. The regular practice takes the seeker to the next level and eventually to the highest level of self-realisation.