Take risks in your life, if you win you may lead, if you loose, you may guide

Vivekananda was born on the 12th January 1863 in a well-to-do family of Calcutta. His early life was not very eventful. His initial education, in a sense, was all round, because he took to physical culture almost as zealously as to intellectual learning. He made his mark not only in literature and music but also in riding, swimming and wrestling.

He had a good study of Indian scriptures as well as of Western thought. His initial mental framework was that of a rationalist and sceptic combined in one.

In 1881, however, he happened to meet Swami Ramakrishna and that proved to be turning point in his life. He was initially skeptical towards the teaching of his master, but after a brief period doubt and resistance, he surrendered and accepted Swami Ramakrishna as his friend, philosopher and guide.

After the death of Ramakrishna in 1886, he undertook an extensive travel of almost the whole of India, and thereby acquainted himself with the social and economic conditions of the country. He came to feel that India, in spite of its rich spiritual heritage and very strong cultural history, had not been able to root out poverty, weakness and social evils. He strongly felt the need of bringing about a spiritual revolution, which, he also realized, required a very strong spiritual leadership.

At that very time he came to know that the Parliament of Religions was going to meet at Chicago. He decided to go there and to participate in the meet. What happened there is today a household story, but this was a fact that the Parliament of religions enabled Vivekananda to assume the spiritual leadership of the Indian people.

He travelled extensively even in foreign countries and learnt about their good things. After his return, he founded the Ramakrishna Ashram at Belur, near Calcutta and started with great vigour, the work of social reform and service, In 1899, he undertook a second journey to the west and breathed his last on the 4th of July 1902, leaving behind an institution and a host of disciples to carry on the good work he had started.

The influences that shaped his philosophy (Swami Vivekanada)

Vivekananda’s philosophy arises from the awareness of the social, religious and economic conditions of the Indian masses. He had also a realization that at least some of the social evils were due to the orthodoxy and superstitions prevalent in the society of the time. He had a deep conviction that this was due to a loss of faith in spiritual awakening and accepted with gratitude whatever he could learn from faiths and disciplines emphasizing the ultimacy of spiritual values.

The deepest influence upon his thought is obviously of Ancient Hindu Philosophy – especially of the Vedanta. It can safely be said that to a very great extent, Vivekananda also is a Vedantist. The main body of his thought is derived from the Hindu Scriptures – from the Upanishads and the Vedanta. His basic belief in the essential unity of everything, that is in the completely monistic nature of reality, own it’s origin to the Vedanta. His doctrine of Maya, again is derived from the same source.

The distinction between ‘an empirical point of view’ and ‘a transcendental point of view’ that he so often makes and to which he refers time and again in order to solve certain apparent contradictions of his thought, is also borrowed from the Vedanta. It is true that Vivekananda always emphasizes the need of re-interpreting Vedanta in accordance with the demands and needs of the time; in fact, his philosophy itself is an attempt in that direction, but this remains a fact that some of the basic ideas of the philosophy of Vivekananda are derived from the ancient Hindu philosophy – specially the Vedanta.

In a certain sense, Vivekananda is influenced by Buddhist philosophy also. There are at least three ideas in Vivekananda’s philosophy for which he remains indebted to Buddhist thought. The first and the foremost is the idea of ‘mass-liberation’ that Vivekananda envisages; it has a clear similarly with the Buddhistic ideal of Bodhisattva. Secondly, Vivekananda is impressed by the Buddhistic assertion that the raft with the help of which one crosses a river in storm, should be left for the use of others. Buddha himself, even attaining Nirvana, kept on roaming about and helping others in their struggles against suffering. Vivekananda frankly recognizes the worth of such humanitarian and altruistic work. His own missionary zeal for service is influenced by this. Thirdly, some of the Buddhistic ideals, like Samyak Karmanta and Ajiva have also inspired Vivekananda a great deal.

Along with these Indian influences, he also carried, on his thought the influence of Christianity. He was impressed by the strength of character, the soul-force that the man of the Cross possessed. He could see that it required a supreme spiritual strength to forgive the oppressor even in the midst of acute physical suffering. From Christianity, therefore, Vivekananda takes up the ideal of service and love. His conviction that man contains within him the spark of Divinity and his optimistic belief in the possibility of man’s redemption contain elements that greatly resemble the Christian notion of the Kingdom of God.

There were certain other influences too. For some time he was under the influences of Brahmo Samaj, and it can be said that his strong feelings against the prevalent orthodox  and superstitious rites were generated under that influence. He also seemed to be influenced by the personality of Dayananda Saraswati. It can be said that Dayananda’s emphasis on the indeterminate nature of reality and his practical insistence on the quality of fearlessness had left a deep mark on Vivekananda also. Then, there was the Gita, which with its emphasis on ‘selfless work’, was a source of constant inspiration to Vivekananda.

But the profoundest influence, in the light of which every other influence was remodeled and shaped, was that of his master – Swami Ramakrishna Paramahamsa. In fact, the story of the life of Vivekananda would have been entirely different had he not come under the influence  of Ramakrishna. It is said that Ramakrishna brought about a spiritual transformation in the personality  and the mental make-up of Vivekananda. Swami Nikhilananda, speking about this says, “It was his Master who had taught him the divinity of the soul, the non-duality of God-head, the unity of existence and one more great thing- that is the universality or harmony of all different religions”. It is true that Ramakrishna initiated him to spiritual discipline and meditation.

Namaste!
Get in Touch… 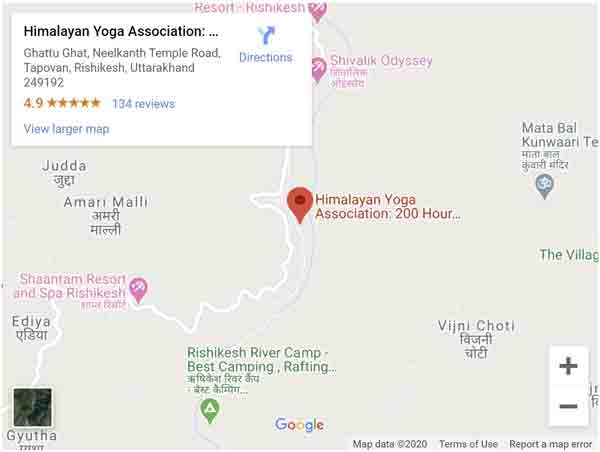